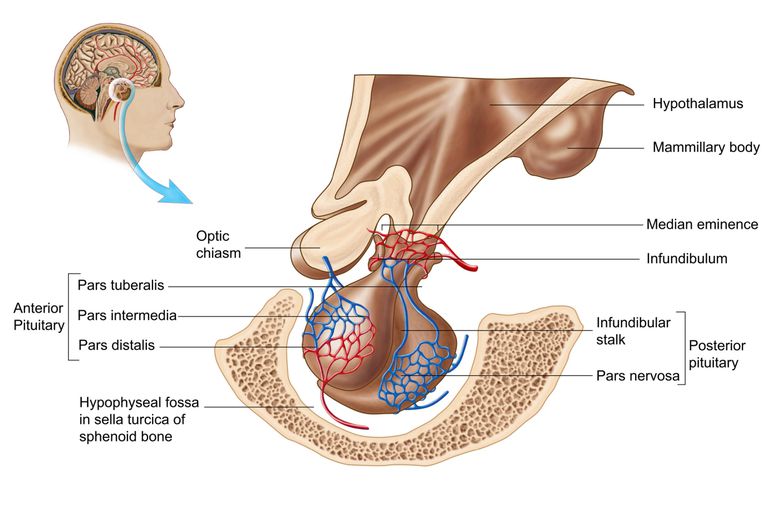 The hypothalamus conveys signals to the pituitary gland to discharge or diminish pituitary hormone production. Hormones discharged from the pituitary gland maintenance control: growth, management of energy, blood pressure, all functions of the sex organs, thyroid glands, water/salt concentration at the kidneys, and metabolism as well as some perspectives of pregnancy, childbirth, nursing, temperature regulation and pain relief. The pituitary gland is also known as the master gland.

Anterior Lobe Hormones & Function: The anterior lobe releases hormones upon receiving releasing or inhibiting hormones from the hypothalamus, whether to release more of a specific hormone or stop production of the hormone.

Growth hormone (GH): Growth hormone is necessary for early years to maintaining a healthy body composition and for growth in children. In adults, it supports healthy bone and muscle mass and affects fat distribution.

Oxytocin: Oxytocin is involved in contracting the uterus throughout childbirth and stimulating breast milk production.

Some of the diseases involving the pituitary gland are: