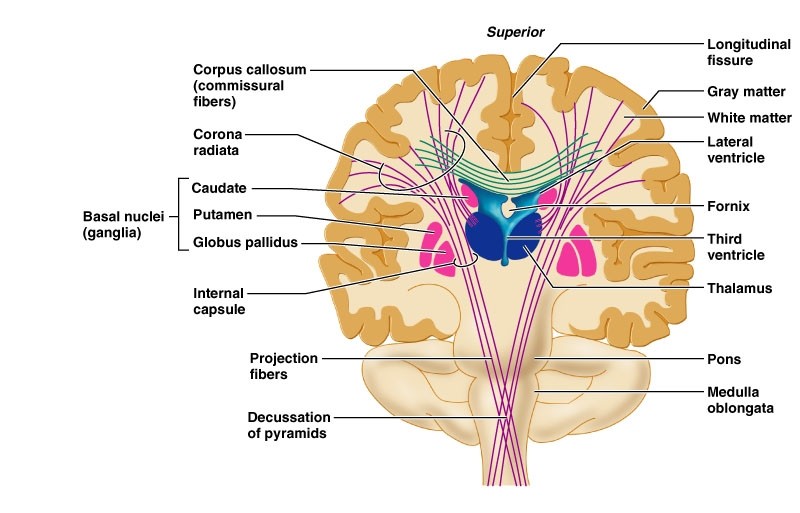 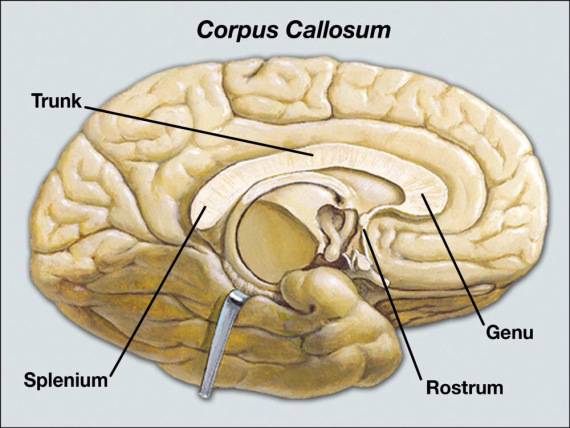 The anterior end of the corpus callosum which is near to the frontal lobes is named the genu (“knee”). The genu is bent downward and backward in front of the septum pellucidum; decreasing quickly in thickness. The anterior end of the corpus callosum is continued backward under the rostrum and is attached below with the lamina terminalis, which extends from the interventricular foramina to the recess at the bottom of the optic stalk.

The corpus callosum is the biggest bundle fiber in the brain, composed of white matter fiber tracts known as commissural fibers. Corpus callosum is involved in various functions of the body including:

The corpus callosum performs a significant role in vision by connecting the separate halves of our visual field, which process images individually in each hemisphere. It further enables us to recognize the objects we see by correlating the visual cortex with the language centers of the brain. In extension, the corpus callosum assigns tactile information within the brain hemispheres to empower us to locate touch.